Booking for : China and Hong Kong 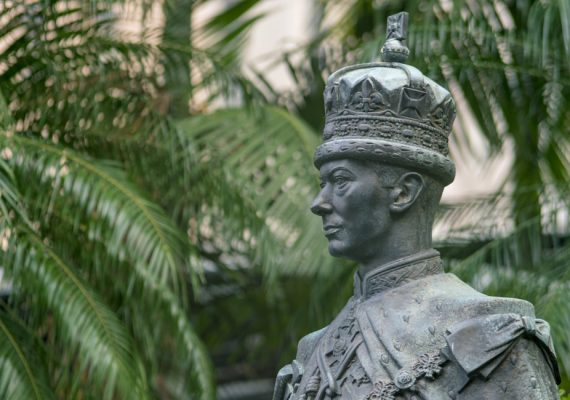 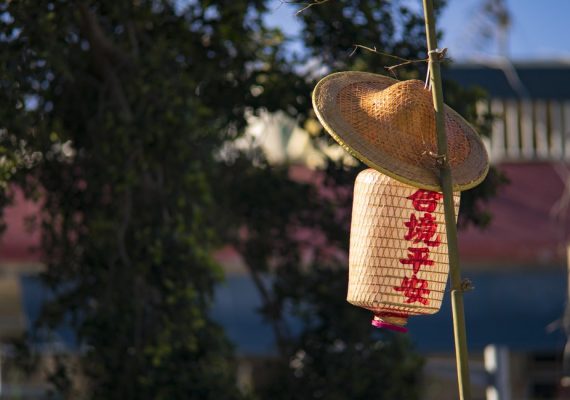 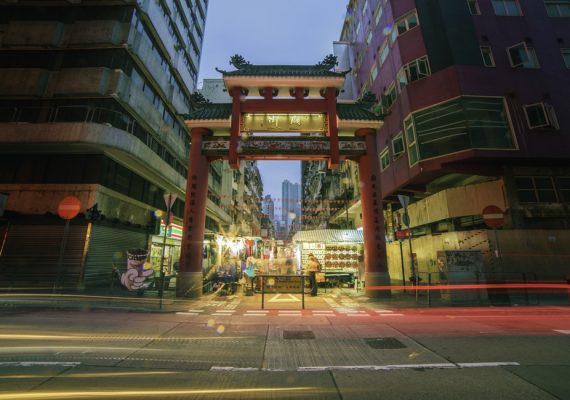 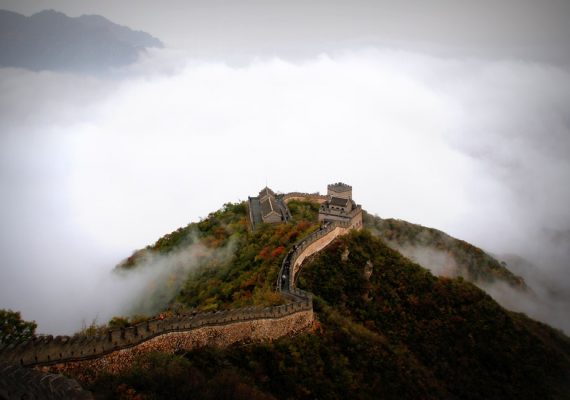 Depart from the US for your international flight to Beijing.

Upon arrival in Beijing, transfer to the hotel and check in. The remainder of the day will be at yours to enjoy.

In the morning, visit the famous Great Wall of China. You will visit the Juyong Pass of the Wall, one of the three famous passes, was a solid stronghold encircling a valley. Enjoy a walk on the wall and seeing rugged mountain scenery as it is beautiful, and the fort and perimeter wall have been restored to their original glory. The Wall was listed as a World UNESCO Heritage site in 1987. Back to city stop by Tongren Tang (TRT) Chinese Medicine, is a time-honored brand of Traditional Chinese Medicine. Later, head to the Olympic Park where the 2008 Beijing Olympic Games took place. See the Bird’s Nest and Water Cube (outside view). Tonight, enjoy the authentic Peking Duck for dinner.

Start your day with a visit to the Summer Palace. Beijing the largest and most well-preserved royal park in China, it greatly influences Chinese horticulture and landscape with its famous natural views and cultural interests, which also has long been recognized as “the Museum of Royal Gardens”. After, proceed to the infamous Tiananmen Square before visiting the legendary Forbidden City, once served as the imperial palace for 24 emperors during the Ming & Qing Dynasties. Now known as the Palace Museum, it is the world’s largest palace complex and covers 74 hectares. Listed by UNESCO as a World Cultural Heritage Site in 1987, it is now one of the most popular tourist attractions world-wide. When we consider Beijing style dishes, most people will think of Beijing Duck. But there is another delicious traditional Beijing style dish – Noodles with Soy Bean Paste. Tonight, enjoy an authentic Beijing Noodle with Soy Bean Paste. Zha Jiang Mian, or “Fried Sauce Noodles”.

In the morning, transfer to the airport for your flight to Xian. Upon arrival, visit the Big Wild Goose Pagoda, a well-preserved ancient building and a holy place for Buddhists. It is one of the most famous Buddhist pagodas in China. Big Wild Goose Pagoda is rated as a National Key Cultural Relic Preserve known as the gem of Chinese architectural history. In the afternoon, pass by the Bell Tower and visit the Ancient City Wall, the most complete city wall that has survived history, as well being one of the largest ancient military defensive systems in the world. Immerse yourself in the cultural and culinary delights of Xi’an during a Tang Dynasty Show and Dumpling Banquet. Pleasure your palate with a sumptuous selection of filled dumplings then sit back and be mesmerized by the colorful costumes, incredible choreography and exuberant music of a Tang Dynasty Show. Marvel at the entertaining extravagance of the performance.

In the morning, visit the famous Terra Cotta Warrior Museum. It is a super large collection of life-size terra cotta sculptures in battle formations, reproducing the mega imperial guard troops of Emperor Qin Shi Huang, the first emperor of the first unified dynasty of Imperial China. Being the most significant archeological excavations of the 20th century and a UNESCO World Heritage Site, the Terracotta Army is no doubt a must-see for every visitor to Xian. In the afternoon, visit the Shaanxi History Museum, regarded as ‘the pearl of ancient dynasties and house of Chinese treasures’, gives a miniature overview of the thousands of years of Chinese history and the splendid ancient cultures of olden times.

This morning takes the highspeed train to Chengdu. Upon arrival, transfer to lunch. In the afternoon, visit Wenshu Monastery, the best-preserved Buddhist temple in Chengdu. Cultural relics are the highlights of Wenshu Monastery. Since the Tang and Song dynasties, over 500 pieces of painting and calligraphy by celebrities have been stored here. Visit the Latex Factory before heading to Wuhou Temple, dedicated to Zhuge Liang. Zhuge Liang was an excellent politician, militarist, diplomat and astronomer. Continue to Jinli Street, one of the busiest commercial areas during Shu Kingdom. In order to reclaim its prosperity of former days, it was restored with contributions from the Wuhou Temple and was opened to public in October of 2004. Since then, visitors from all over China and abroad gather here to relax, admire the traditional-style buildings, and taste some local snacks.

In the morning, visit the Panda Research Base. The Chengdu Research Base of Giant Panda Breeding has been created and imitated the natural habitat of giant pandas in order that they might have the best possible environment for rearing and breeding. The giant pandas are not only a Chinese national treasure but are also beloved by people the world over. Therefore, when visitors from home and abroad come to Chengdu, Sichuan, one of their main objectives will be to see this lovely animal for themselves. Afternoon, transfer to the train station for your train ride to Chongqing. Upon arrival, embark your Yangtze River Cruise.

Take a shore excursion to Shibaozhai, with its impressive wooden pagoda, appropriately named “The Pearl of the Yangtze”. Depending on river conditions, an alternate excursion may be substituted to Fengdu, visiting the new relocation village built for families who have moved as a result of the Yangtze’s rising waters brought about by the Three Gorges Dam. Additional optional Shore Excursion to Fengdu’s “Ghost City” (river conditions permitting), known for its statues of ghosts and devils on Mingshan Hill.

Enter the Three Gorges, one of nature’s most extraordinary sculptures. Today you will pass through the first two—Qutang Gorge and Wu Gorge. Qutang Gorge is the shortest (5 miles), narrowest (500 feet), and most dramatic. The 25-mile long Wu Gorge is known for its quiet beauty, forest-covered mountains, and cliffs so sheer that the sun barely penetrates the precipices. Transfer to another vessel for a relaxing excursion through the attractive gorges of Goddess Stream. Depending on river conditions, an alternate excursion may be substituted to the gorges of Shennong Stream. Enter Xiling Gorge, the longest (41 miles), and the deepest of the Three Gorges. Additional optional Shore Excursion to White Emperor City (river conditions permitting), an ancient city overlooking the western end of Qutang Gorge.

Disembark this morning and take a tour of the Three Gorges Dam, the world’s largest power station. An additional optional shore excursion is also available (preceding the Three Gorges Dam tour) through the recently-completed unique ship lock with a ship lift, the world’s largest. After disembarking in Yichang, you will departure to airport, then flight to Shanghai. Upon arrival of Shanghai, tour guide will accompany you to take a high-speed elevator to the top of Shanghai World Financial Center, then proceed to Visit the Shanghai World Financial Center Observation Deck. While wandering on the floor made of transparent glass, you can see the top of the Oriental Pearl Tower just in front and feel as if you are walking in the air above the roof of the Jin Mao Tower. Vehicles, pedestrians and even the whole city seem to be far away, down below. Afterwards, you will head to Nanjing Road, China’s premier shopping street. Today it is a must-see metropolitan destination attracting thousands of fashion-seeking shoppers from all over the world.

Today, visit the Jade Buddha Temple, the two precious jade Buddhist statues are not only rare cultural relics but also porcelain artworks. Both the Sitting Buddha and the Recumbent Buddha are carved with whole white jade. The sparkling and crystal-clear white jade gives the Buddhas the beauty of sanctity and make them more vivid. Head to Xintiandi, a fashionable pedestrian street composed of old-style Shikumen residences and modern architecture. Stop by the Jade Store before heading to Yu Garden, a classical garden ranking among the must-see attractions in Shanghai Yu Garden is small, but it contains all elements that a classical Chinese garden should have. The pavilions, halls, rockeries, ponds and cloisters all have unique characteristics. The Bund, also called Waitan, is a famous waterfront on the west bank of Huangpu River and regarded as the symbol of Shanghai. Here, the charm of Shanghai as a bustling metropolis combining the century-old history and flourishing future is fully presented, making the Bund Shanghai a must-see attraction. After dinner, enjoy the Huangpu River Cruise with a magnificent view of the city.

Today, you will be transferred to the airport for your flight to Hong Kong. Upon arrival, transfer to the hotel and check in. The remainder of the day will be at your own leisure to enjoy. Dinner will be included nearby the hotel.

Whether you’re looking for a restful retreat, spectacular sightseeing, cultural immersion, shopping spree or fabulous foods…. Hong Kong has it all. Visit the world-famous Victoria Peak is only 552 metres high, but provides a bird’s-eye view of Victoria Harbour, Kowloon Peninsula and Hong Kong Island. It is truly one of the finest skylines in the world. At the Aberdeen Fishing Village, this naturally ideal typhoon anchorage is home to what remains of Hong Kong’s “boat people” and their colorful junks and sampans. Pass by Repulse Bay, the most popular destination on the south side of Hong Kong Island. It was named after the battleship HMS Repulse, which took an active part in thwarting pirates who plundered here in the early days of settlement in the territory. Visit the Stanley Market, a popular tourist magnet. Stanley, the main attraction on Stanley Peninsula, draws thousands of visitors come here to bargain and hunt for designer sportswear, jeans, silk garments, rattan, brass objects, Chinese crafts – almost everything. Visit the Chi Lin Nunnery, a large temple complex of elegant wooden architecture, treasured Buddhist relics and soul-soothing lotus ponds. Lastly, head to the Ladies’ Market. With over 100 stalls of bargain clothing, accessories and souvenirs, the Ladies’ Market on Tung Choi Street provides a one-kilometre stretch on which to practice your haggling skills

Today, you will be transferred to the airport for your flight back home as your trip comes to an end.

Beijing to Xi’an / Yichang to Shanghai / Shanghai to Hong Kong

Xi’an to Chengdu / Chengdu to Chongqing