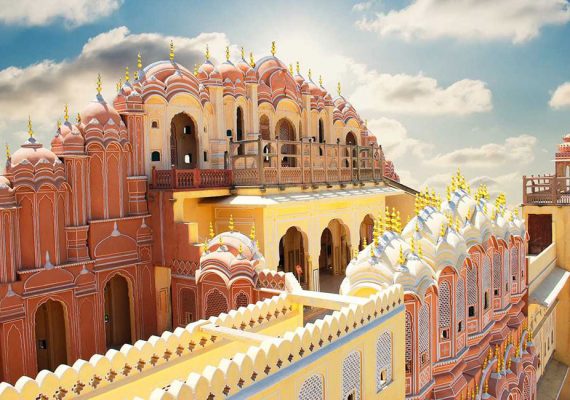 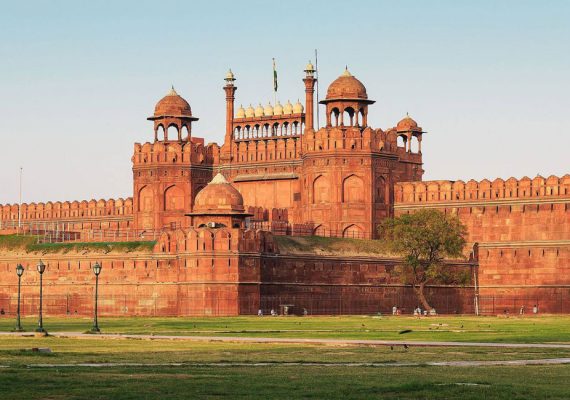 Meet and assistance upon arrival as our representatives welcome you and escort you to your car and we proceed to the Hotel for Check-in.

After Breakfast, proceed on a guided tour of New Delhi, Visiting such sights as, Humayun’s Tomb (1586), the Qutub Minar 72 meters high and one of the most perfect towers in the Persian world. The Iron Pillar which has survived the vagaries of weather for over 1500 years. Continue with a drive through Embassy area, the Government buildings (1921-1930) and Connaught Place, the heart and main shopping district of the capital. We will also visit India Gate. Later, we visit Jamma Mosque (1650) and drive through the fabled area of Chandni Chowk (aptly translates to Moonlight Square) where the throngs of shoppers and vendors meet in the oldest area of Delhi. Visit the Raj Ghat and nearby ghats where the founder of the nation, Mahatma Gandhi and thereafter Indira Gandhi and Rajiv Gandhi were cremated. Over night stay at Delhi Hotel.

After Breakfast, proceed on a drive to Agra. Upon arrival in Agra, check into Hotel. Later, we ride to the massive Agra Fort. The elegant buildings inside reflect an interesting synthesis of Hindu and Central Asian architectural styles. Built by Emperor Akbar, the maze of the courtyards, mosques & private chambers of the fort echo the story of the Mughal Empire. Late afternoon, we will visit Mehtab Bagh. The Moonlight Garden was an extension of the Taj Mahal Garden – on the other side of the river. In 1652 Aurangzeb wrote to his father telling of a visit to ‘the blessed tomb and commenting that the Mehtab Garden was completely inundated and has lost its charm, but soon it will regain its verdancy. The octagonal pool and the pavilion around it are in splendid condition. The Mehtab Bagh was lost under the mud but re-excavated in the 1990s. Originally, the garden was planted with fragrant flowers and used in the cool of the night as a place from which to view the Taj Mahal reflected in the octagonal pool and in the river. Overnight stay at Agra Hotel.

After Breakfast, proceed to visit Taj Mahal, perhaps the most photographed monument in the world. Later we drive to Jaipur stopping at deserted capital city of Fatehpur Sikri. This abandoned capital of the Mughals is a perfectly preserved city at the height of the empire’s splendor. From here we continue riding to Jaipur. Upon arrival in Jaipur, check into Hotel. Later, we will explore the unending shopping options of Jaipur along with our Guide. An essential starting point for Rajasthan craftwork is block making and block printing and we will be exploring the process from start to finish in some of the popular stores here. The opportunity also exists here to tailor make outfits to your design and size. Jaipur is well known for its gold and silver enameling. The skilled gem-cutters of Jaipur carve enchanting little animals and birds from rock, crystal, jade, smoky topaz and amethyst. Overnight stay at Jaipur Hotel.

After Breakfast proceed to visit Amber Fort, the former capital of the Royal Jaipur. We ride up to this hilltop palace on a caparisoned, painted elephant, passing through the ancient main gate where Maharajas of Jaipur have entered for four hundred years. Later visit the Hawa Mahal or Palace of the Winds, a five-storied structure of pink sandstone with semi-Octagonal and delicately honeycombed windows overlooking the main street of the old city. Drive back to Delhi and Overnight stay at Hotel.

After Breakfast proceed to Airport for departure.